Posted by kracktivist on May 5, 2016
Posted in: Political Prisoner, Women prisoner. Leave a comment 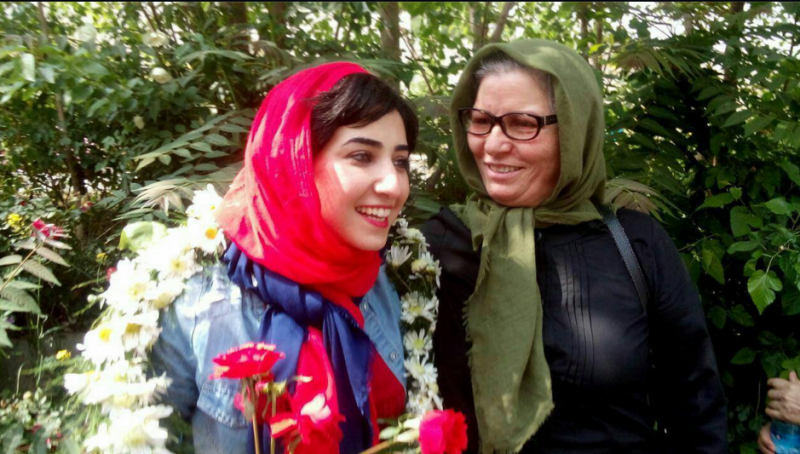 The Iranian activist and cartoonist Atena Farghadani has been released from Evin Prison. On April 26, Global Voices reported that her sentence had been reduced from 12 years to 18 months. On World Press Freedom Day, May 3, she was released.

The cartoonist’s May 3 release was a popular subject on social media throughout Iran and the international human rights community, including this tweet by the International Campaign for Human Rights in Iran:

The 28-year-old faced charges of spreading propaganda against the system; insulting members of parliament through paintings; and insulting the supreme leader.

The image that led to her arrest depicts Iran’s members of parliament as animals voting on law that will restrict access to contraception and criminalise voluntary sterilisation, severely curtailing women’s rights.

Her initial arrest came in August 2014, when she was held in solitary confinement for prolonged periods of time in Evin prison. She was released in December, but was detained again after publicly discussing her mistreatment by the prison guards. Three weeks after her second confinement, Atena went on a hunger strike to protest the poor prison conditions, which her lawyer told Amnesty International resulted in her heart attack and brief loss of consciousness in February. Amnesty International has reported Atena has since been moved to another detention centre and stopped her hunger strike, but advocates remain concerned about her health.

Amnesty International lead  a call to action here, while the hashtag #freeAtena is being used to raise support and awareness on social media.