NEW DELHI: In the 2500 square foot hall of the Constitution Club in Rafi Marg, a group of 15 women political prisoners, supported by researchers, teachers and lawyers, vociferously spoke against the inhumane conditions suffered by women prisoners in Indian jails.

The event was  organised All India Union of forest working people, and Delhi Solidarity Group.

The room contained an air of resolution and that is exactly what this public hearing on January 18 was about: being resolute in opposition to the state’s unfair treatment of women prisoners, particularly political prisoners. 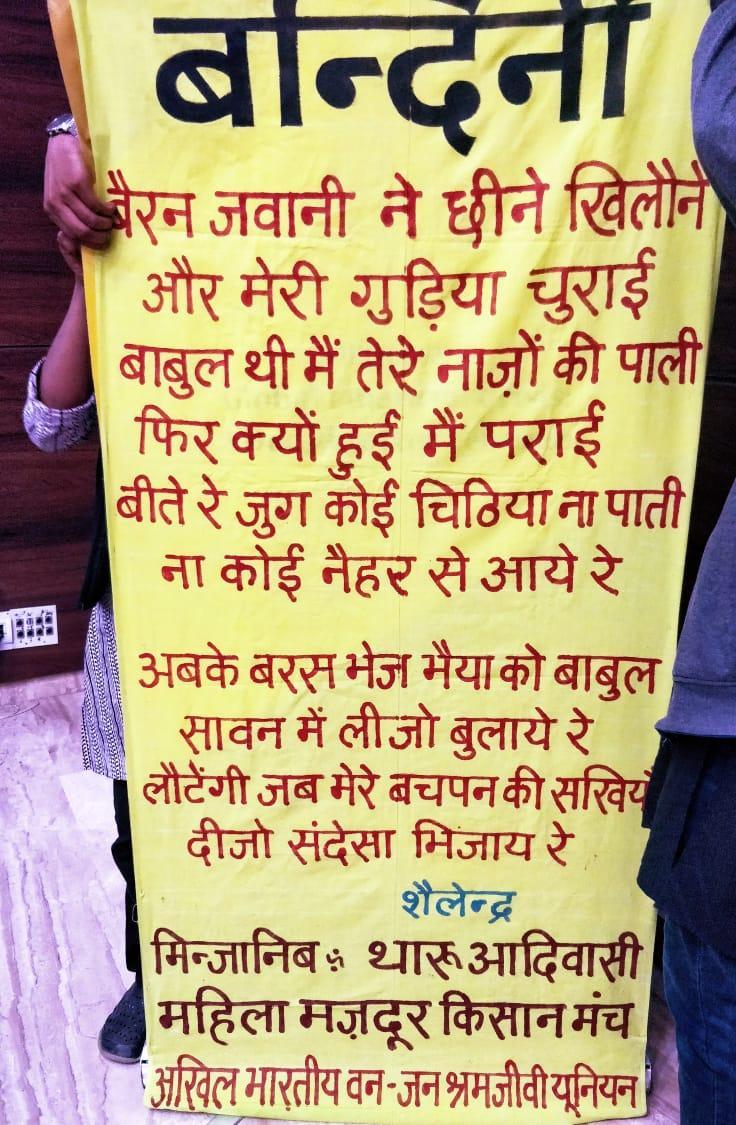 Over the past 15 years prisons in India have seen a 61% rise in women inmates. Yet they constitute only 4.3% of the national prison population, so specific concerns are not often raised about their inhumane treatment.

Women in the Indian state’s prisons are subject to custodial torture, rape, denial of health services and lack of clean water and food. State prisons often fail to respect the rights of these inmates, according to those who spoke at the hearing.

Society dictates that criminality is masculine in nature, the speakers said, so the thinking is, any woman who dares to venture into the masculine hub of criminality deserves to be treated brutally.

The majority of women prisoners in India come from the Adivasi, Dalit and other marginalised communities. Their social and economic backwardness makes them vulnerable as they find themselves unable to defend themselves legally and financially.

Soni Sori, a rights activist from Chhattisgarh, argues that many political prisoners end up becoming Naxalites due to the inhumane treatment meted to them by officials of the state. Sori herself was infamously tortured in Chhattisgarh prisons on multiple counts.

“Our bodies are violated by the police and thus we are not accepted by the village. We have no other option but to join the Naxalites,” Sori said. She argued that “the police think of female bodies as something they have full authority over. We are here to change that.”

Women prisoners would often be given 15-16 medicine tablets everyday, Sori reported, to make them hallucinate. And every time they tried to confront prison authorities they would be slapped and told to shut their mouths.

“On August 15, we were all happy that we would receive some good food. However the jailer madam came and told us we didn’t deserve any of it, and poured three buckets of cold water on us,” Sori recalled.

Under the law accusations of crime require investigation and judicial supervision, not just imprisonment. However, only a small fragment of confessions from prisoners from socially or economically disprivileged backgrounds reach the district courts.

Those that do are heavily manipulated, as advocate Vrinda Grover pointed out at the hearing. “The distortion of facts by the district courts is a huge concern. It clearly shows how weak the rule of law is at the ground or district level. The system is built in such a way that people give up their pursuit of justice.”

The activists present were critical of the police and the state at large for using criminal law as a tool for wrongfully incarcerating innocent women protesters.

Many argued that prisons in India had become a political holding place, with women not being granted bail, or even being allowed to attend their own trials at the district courts.

Inside jail, women guards were extremely brutal towards the prisoners. A prisoner recounted, “We were made to drink toilet water and were constantly humiliated by the guards who would often label us ‘randi’ (prostitute) and call us a disgrace to the name of women everywhere.”

This deplorable situation is not limited to the prisoners alone, participants remarked. The impact is far reaching, to the extent that their family members come to be involved.

One political prisoner stated that her daughter was asked to quit school as her mother was an activist. Another’s husband was constantly blackmailed and threatened while she was in jail.

“Many of these mallicous acts are carried out by the state itself, to halt and dent our hopes. But that will not happen. Our aim is that women who are now going to jail are kept in better conditions than what we had. We will stop at nothing but this,” a participant said. 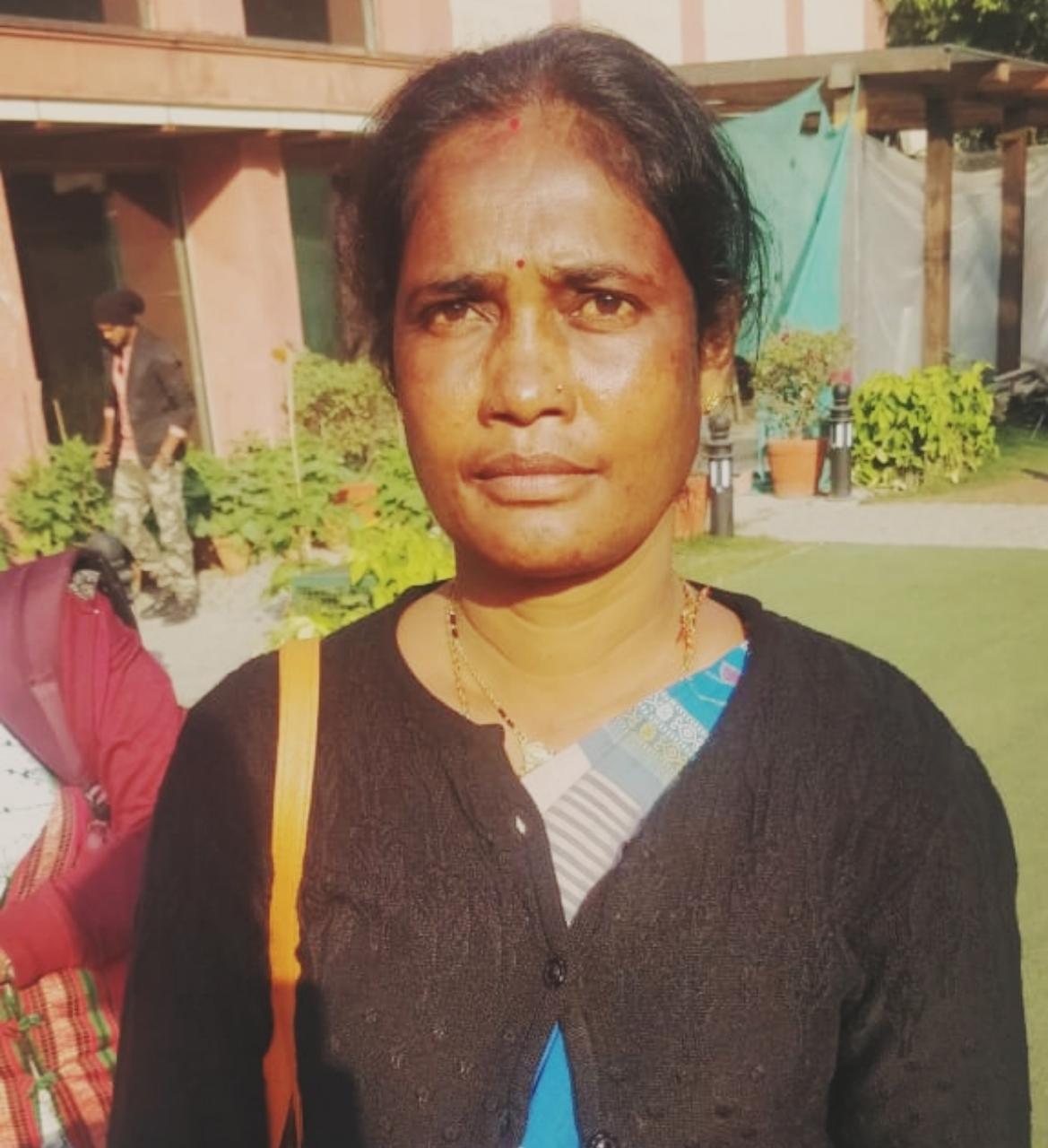 Prisons are daunting even for adult men – however, the condition of women prisoners in India requires an urgent change because it is far worse. Despite legal provisions and fundamental rights given to all by our Constitution, these bandinis (prisoners, the bonded) are forced to live in pathetic conditions.

The historian Uma Chakravarti, another jurist at the hearing said, “People are fighting for their zameen and zameer (land and soul). Jail conditions are miserable. We can’t leave it to civil rights groups – it has to reach the public sphere. It needs to be a much bigger movement.”

Chakravarti ended her speech by chanting “Nyay Chahiye, Unyay Nahi” (We want justice, not injustice), which summed up the whole event. Women in prisons have rights, and it is the duty of the state to ensure these rights, and provide these prisoners justice